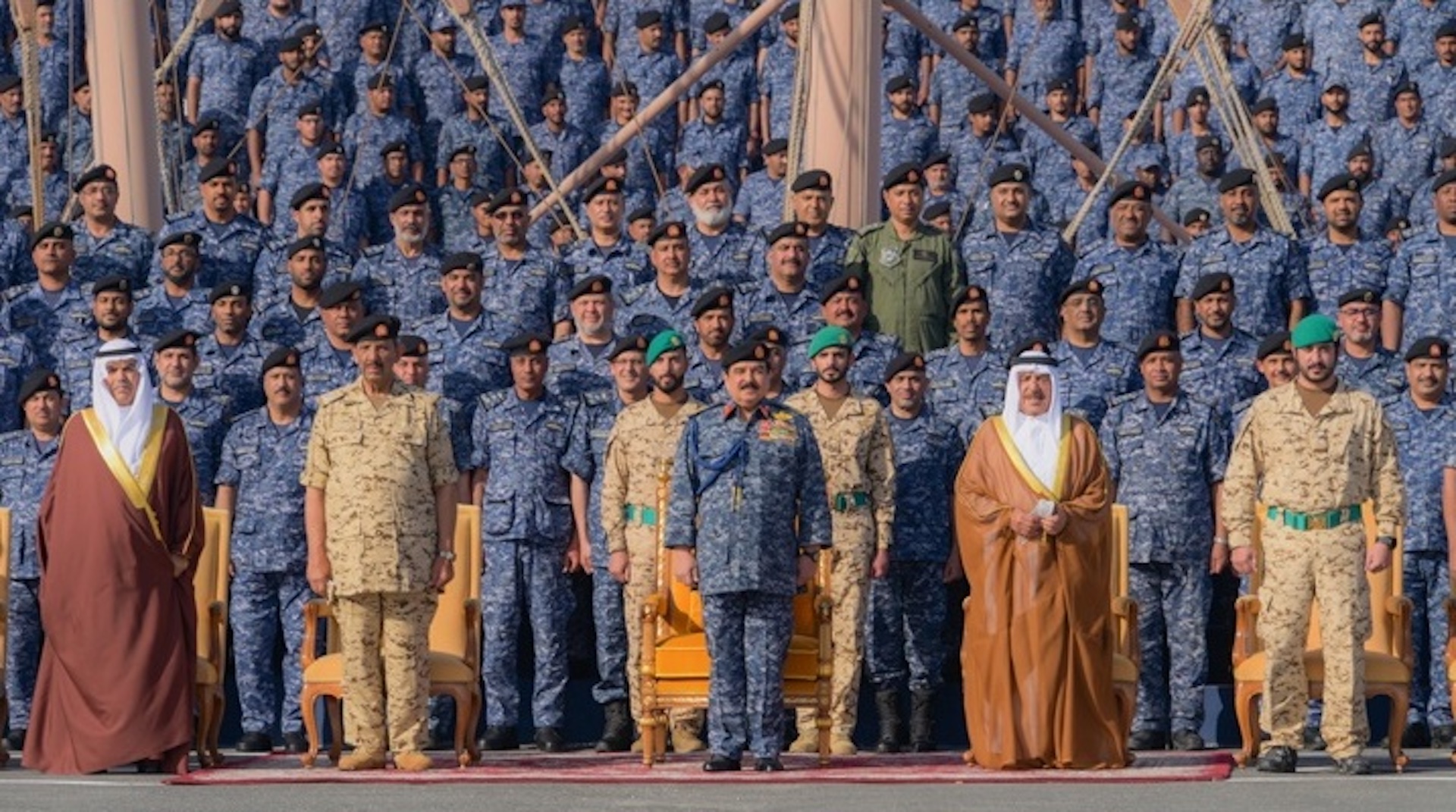 He stressed the importance of the strategic partnership that brings together the Kingdom of Bahrain, the United States of America and the United Kingdom in all fields, especially the military, defense and security. He also praised the brave men of the Royal Navy for their dedication and commitment to their noble and lofty mission, united with their brave brothers from the Bahrain Defense Force, in defending the homeland and its civilizational gains.